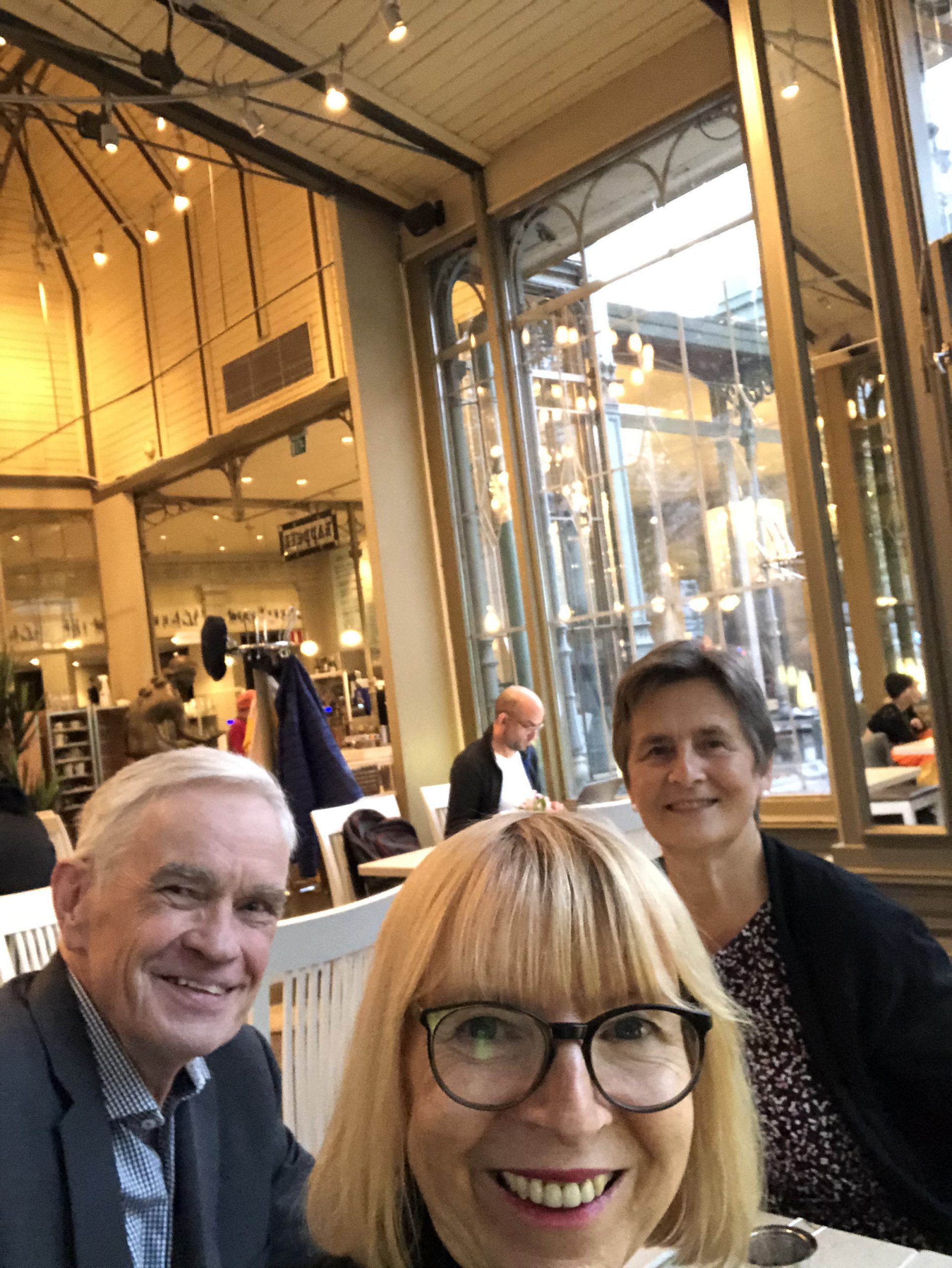 How wonderful, meeting of Green Seniors in Helsinki, in the beautiful Kapelli Restaurant in Esplanade Park. I, Christa Möller-Metzger from Germany, met my collegue Reino Lampinen, boardmember of ENGS and the nice Auni-Marja Vilavaara, Evergreen-Speaker of Helsinki. We talked about the role of elderly, corona and age-friendly cities – and of course life in Helsinki and the delicious Korvapuusti (finnish cinnamon rolls)!

During corona, we did not meet in person, only with videocalls. It really makes a difference!

I came to Helsinki with the Körber Foundation, which is working on demographic change and the right policy for elderlies. Finland is a bit further than Germany when it comes to age-friendliness. I was of course impressed by the great library, Odin, the living room of the city. There are -beside the library with 1 Million medias – so many great activities, easy access to computers for example or sewing machines, you can rent rooms for gatherings or take one of the electric guitars, use a recording studio, 3-D printer or even rent a theater. There is a part of town, Kalasatama, where new things are tried out. 1 hour a day should be saved because everything is so close together. There is a doctors and nurses center with guide noises at the entrance for the visually impaired or an apartment house for the elderly who manage it themselves, eat together and organize the cleaning and a lot of activities themselves.
And there is an agency in town to advise the city in innovations. They call their approach agile piloting: The teams have 6 months; if a project is up and running by then, it will be rolled out. If not, discontinued. In addition, co-creation is an important keyword everywhere: Nothing seems to happen without the participation of the city’s population. The university works with start-ups, has developed fitness programs for the elderly and sensory walls that have been shown to calm people with dementia. Digitization is much more advanced than in Hamburg: even outpatient care is offered digitally. The city also wants to be CO2 neutral soon – but with the help of nuclear power, among other things, I didn’t like that much.

Age-friendly approaches seem to be easier in Helsinki to implement since, for example, doctors and nurses are government employees. Agile projects are easier and faster to implement than with us with a lengthy project structure in authorities. And many people are open minded for new ideas. Good base for changes.