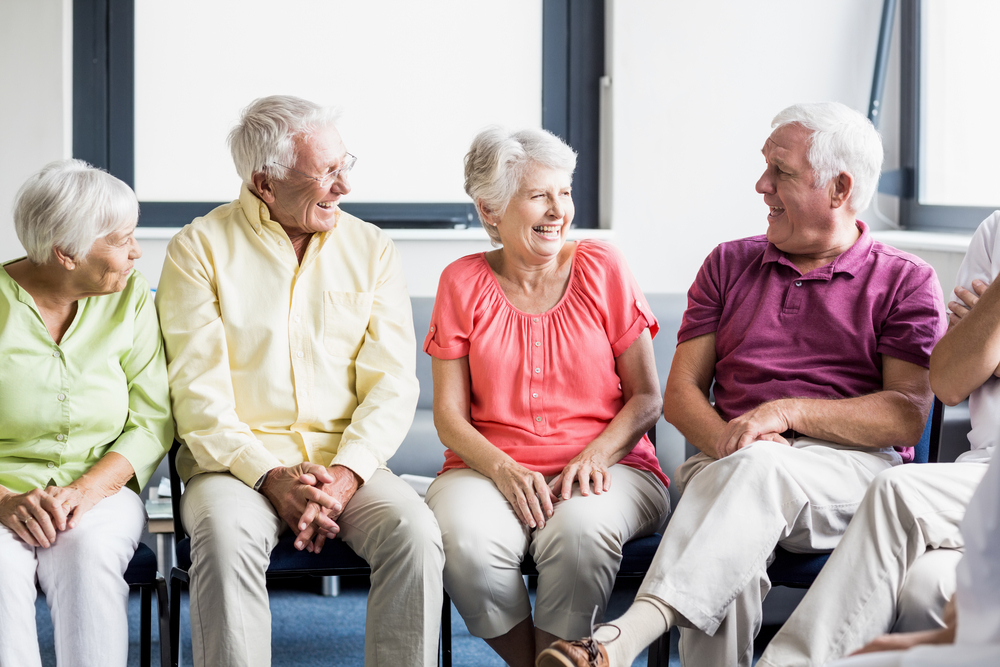 How international and national elderly policy can work together

Under this title, an exciting event of the BAGSO (Federal Association of Senior Citizens’ Organizations) took place in Berlin.

BAGSO CEO Dr. Regina Görner realized right from the start that society still hadn’t really understood how important senior citizen policy is. And that applies to all industrial societies, because demographic change is taking place everywhere.

By the way, the most googled word in this context is “problem”! According to Regina Görner, there are also many opportunities in demographic change, which is why we should definitely keep an eye on international experiences. And definitely react now, because we don’t have time to wait!

However, the international aging movement is not so easy to understand, it’s about MIPAA, RIS, the AGE Platform Europe, GAROP or OEWG-A – it makes your head spin!

Mr Manfred Huber, Regional Officer for Aging and Health at the WHO in Copenhagen, campaigned for the promotion of age-friendly cities and communities. Because as early as 2024, the group of over 65-year-olds will be larger than that of under 15-year-olds. And the 80+ age group is growing the fastest. We should be prepared for that!

The WHO currently has 4 flagship initiatives:

In Huber’s eyes, our health behavior is becoming more and more important in order to age healthily. And trust in health policy is a necessary prerequisite for a change in behavior.

What’s good is that the Federal Ministry of Health has so far been very supportive of the WHO initiatives, which is why a lot has been published in German in this area.

Prof. Heidrun Mollenkopf from the board of BAGSO and member of the working group OEWG-A

open working group on questions of aging within the United Nations) referred to the ministerial declaration on the occasion of the 20th anniversary of the Madrid Plan for the Elderly, which was adopted in Rome and which applies worldwide.

In 1990, the UN General Assembly proclaimed October 1st “International Day of the Elderly” – we also celebrated it extensively in Hamburg with lectures at the Michel and a party at the Knust!

In 2002 the second World Assembly took place in Madrid. And the Second World Plan for Aging was passed (MIPAA=Madrid International Plan of Action on Aging), which now also included the less developed regions of the world.

MIPAA should be the guide and countries should develop regional strategies (RIS=Regional Implementation Strategies) and action plans based on this.

Back to the ministerial statement:

According to Prof. Mollenkopf, they contain many important points such as the topics of violence, abuse and neglect, digitization or long-term care. In her eyes, however, it does not go far enough, as many questions remain unanswered: How do we deal with older refugees who come to us? With old people at war who cannot leave the country? What about the older ones who came to us in the 50’s? With ageism, i.e. age discrimination?

For example, a convention on the rights of the elderly that is really binding.

In the final panel discussion, I was able to contribute my perspective as a spokeswoman for senior citizens in the Hamburg Parliament. In state politics, too, it makes a big difference whether we have binding guidelines such as the UN Convention on the Rights of Persons with Disabilities, which guarantees accessibility in new construction projects or lowered curbs, or non-binding concepts such as the Age-friendly Cities and Communities of the WHO. A lot of persuasion work is required for the latter in order to be able to implement them politically.

In general, international ideas do not necessarily have it easy at the municipal level. Especially when they are denoted by English terms, since Anglicisms often evoke a strong defensive reflex.

It is best to always offer the translation at the same time.

In terms of content, however, there is great interest in the WHO project among older and younger people. In Hamburg we therefore offer a comprehensive participation format in 17 very different districts and ask: How age-friendly is your district? On average, 30 to 50 older people come to the workshops to talk about their wishes, visions and concerns.

Unfortunately, the people we have hardly reached at all are people with migration background. We have to change that if we all want to take with you on healthy aging!