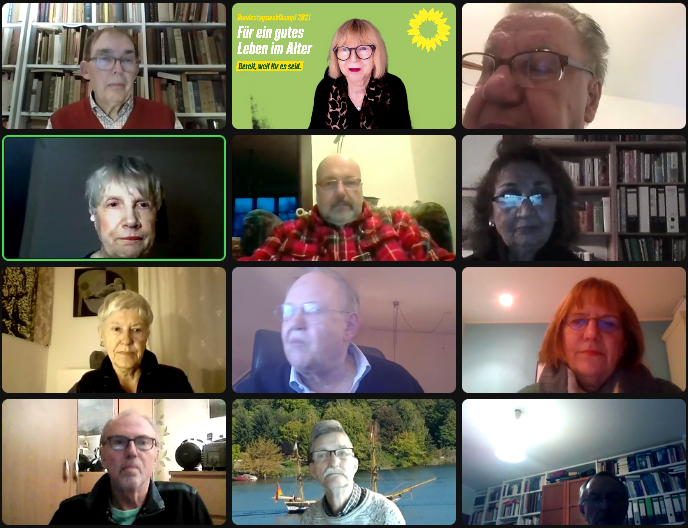 Position paper by GRÜNE 60Plus Hamburg

The United Nations World Climate Conference (COP2) took place from October 31 to November 13, 2021. We call on the negotiators and also the new federal government of Germany to continue to reaffirm compliance with the 1.5 degree target after this conference and to decide on further comprehensive agreements that will lead to the climate targets being met. We Greens 60Plus from Hamburg state the following: Climate change is already causing devastating damage. Heat waves that cause illness, dangerous droughts, landslides and floods will become the norm if we do not take immediate countermeasures. Despite scientific facts, many states are not doing as much as is necessary to avert uncontrollable catastrophes. Because states are violating fundamental rights as a result, more and more people are going to court around the world. There are complaints from the Netherlands, USA, Norway, the Philippines and Switzerland. It’s about defending a future worth living for everyone – without climate collapse.

According to the journal Nature Climate, an average of 37% of heat deaths in the four warmest months can be traced back to climate change worldwide. Older people are particularly at risk from intense heat because the body’s own temperature regulation no longer functions optimally. According to a study by the Scientific Institute of the AOK, this affects a quarter of the approximately 18 million over 65-year-olds. Older people living alone with mobility restrictions, unfavourable living conditions, certain pre-existing conditions and those in need of care are particularly at risk. Poverty in old age is also an additional risk factor. Heart attacks, strokes, pneumonia, thrombosis and states of confusion occur more frequently during heat waves.

We older people are therefore the population group most affected by the increasing heat waves, because our health impairments and our mortality are particularly high. Experts like Dr. Ralph Krolewski estimate that the excess mortality is between eight and twelve percent. Preventing the need for long-term care is therefore not only a social requirement, but also a means of saving resources.

We also call for more comprehensive measures tailored to this goal and the best possible implementation of measures that have already been decided. We therefore also call for the expansion of public green design spaces with high ecological, social and health potential – in the sense of One Health and (social) inclusion as well as the worldwide Age-Friendly City (AfC) – a concept of the World Health Organization (WHO). 1,300 municipalities and cities worldwide have already joined. We also want to make Hamburg a generation-friendly city, with lively places for people of all ages, open spaces and modern quarters, a city of good paths where people like to walk. With enough benches for older and less mobile people to rest on to walk to doctors, banks or to go shopping. We want to avoid wasting space, we need small, affordable apartments, housing projects such as “Housing Against Aid”, multi-generational housing, shared apartments for the elderly and flexible housing units that can be adapted to the needs of the residents. Housing exchange should be promoted and supported by assistance if older people want to move from large to smaller ones. It needs good concepts and new images of aging that correspond to real life. Today’s elderly are more mobile than they used to be. A modern transport policy should support this so that older people can also use the bus and train and are no longer dependent on the car. This also requires “On Demand Transport” that helps to cover the last kilometre home.

When designing cycle traffic routing, the principle of structural separation should be given more priority. Protected bike lanes, such as in Hannoversche Strasse, in Harburg or the Esplanade, will play a greater role in planning for us in the future, as will cycle paths in Copenhagen.

We can imagine the following to improve the reduction of CO2 emissions (these are suggestions that do not claim to be complete):