Main topics: Preparation for the European Union elections of 2009 regarding the following topics

The main aim is to gain more votes in order to obtain more seats in the European Parliament.

At the moment there are 35 Greens among the 785 members of the European Parliament and 42 including the associated EFA-group.

The main target groups for the EU elections campaign 2009 will be:

But certainly also older people will be targeted:

“Older people could possibly also be a target group. Because of their trust in Europe (as a stabilizing and integrating body) they believe that the efforts of the Greens will improve and strengthen Europe. We strive to synchronize Green values with the ideas of the older voters, some of whom more often have more conservative ideas.”

On 11 April, from 9:00 to 10:45, ENGS held a fringe meeting and presented there “In good times and in bad times – towards a new Generation Contract”. Representatives from Belgium, Germany, Netherlands, Ireland, Austria and from FEYG (Federation European Young Green) were present.

On 13 April 2008 the results of the fringe meetings were presented to the delegates of all European Green Parties.

The most important points of the generation contract presented by us are:

To introduce the generation contract into laws on a European scale.

To discuss the question of provision for all generations and to prevent the nation states and the EU from escaping their responsibility regarding their important contribution.

To prevent the reduction of pension security by outsourcing private and capital covered provision. It is unacceptable that only well-off people can afford to buy provisions – also there should not be a two-class medicine. Those who can pay will receive benefits. Those who cannot pay receive little or nothing.

The green answer is an adequate existential security for ALL generations. This has to be founded in a mutual contract which cannot be cancelled unilaterally. It has to be embodied in a new suable generation contract.

This is an important basis for generation solidarity where young and old people work together for a world worth living in.

CDs with the presentations of ENGS, the working paper “Towards a new Generation Contract” as well as a role play to enhance the awareness regarding this topic were distributed. These materials are available in German and English (we would like to thank here Kitty Weinberger for her professional, gratuitous translation) and they will be distributed in Sao Paolo as well as in Berlin.

After three years of hard work ENGS is collaborating with 14 countries.

For the first time, at this Council ENGS participated and discussed in a fringe-meeting of the European Green Youth.

ENGS has been invited by the Green Youth to participate in the General Assembly in Berlin and will have the opportunity for a power point presentation of ENGS and to discuss the new generation contract.

ENGS will participate in the Global Green Congress in Sao Paolo and will also present ENGS there in order to encourage other countries and continents to deal, as Greens, with generation problems and to work out their positions.

Due to its activities and objectives, ENGS was granted observer status in Ljubljana. Thus ENGS now has the same status as FEYG (European Green Youth).

ENGS thus demonstrates that the work with generations is an important green issue and shows the extensive competence of the Greens.

The delegation of Birgit Meinhard-Schiebel (travel expenses, fees, lodging) was financed by

Apart from the general buffets, their food costs were jointly covered by DGS and IGS.

Let me thank DGS and IGS at this point for the opportunity to work as a delegate of ENGS and to present the results of ENGS, with a substantial Austrian contribution, to Austrian Green Seniors.

Delegate of DGS and IGS to ENGS 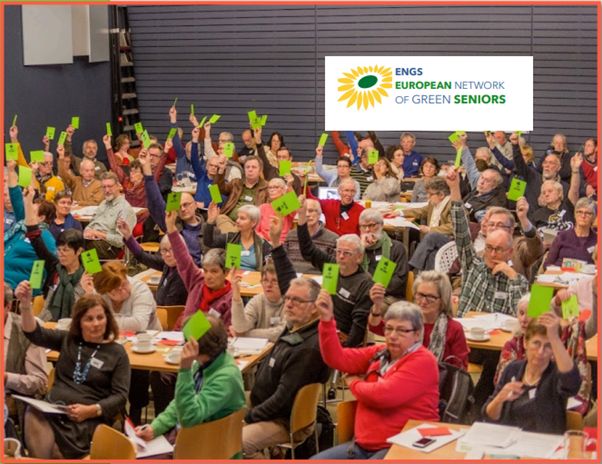 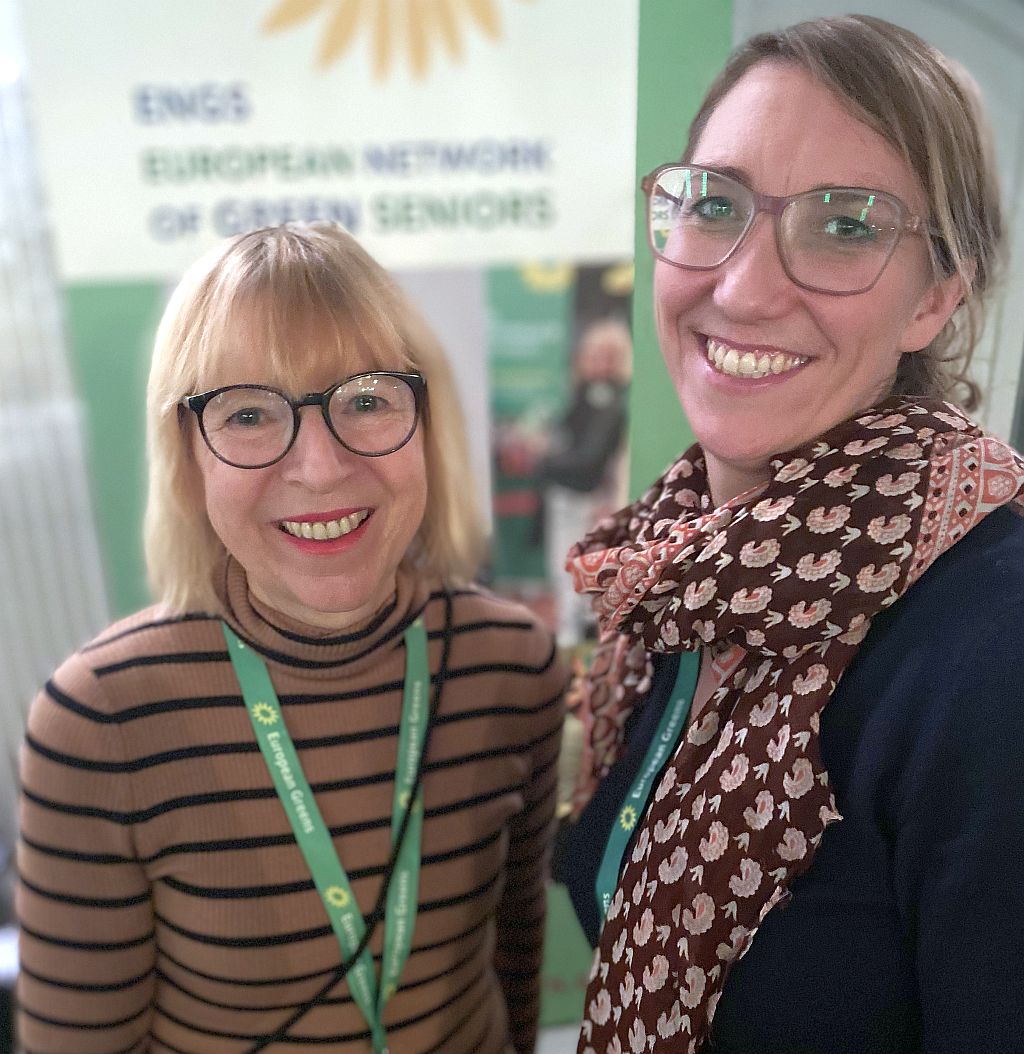 Since yesterday we are in Copenhagen at the 6th green council, we had a lot of visitors at our stand and…