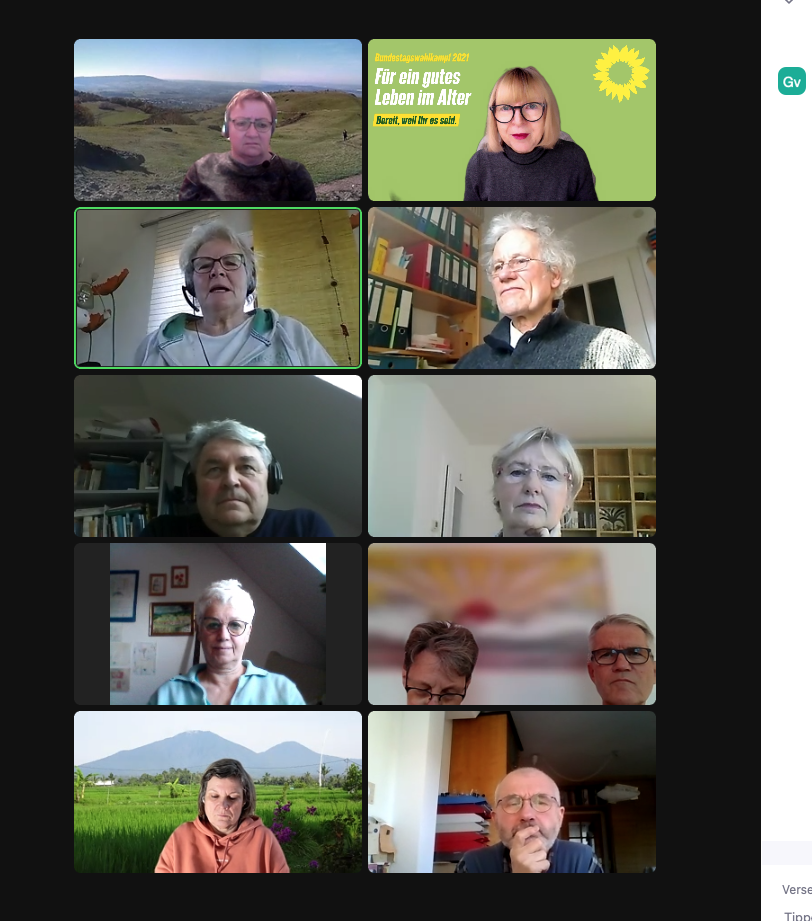 It was the 2nd meeting of the newly founded Silver Greens in Nuremberg, Germany, and I was invited to talk about the Age-friendly City WHO project. I was very happy about that, because I think the World Health Authority’s initiative suits us GREENS very well. After many attempts, it has now also been part of the green election program in Germany since the federal elections. Green senior policy is characterized by the fact that we always keep an eye on all generations. Because many of our demands make life easier for younger people just as much as for older people.

And with the project we have a modernization push for senior citizen policy that corresponds to the baby boomer generation change. The elderly of today are no longer those of 20 years ago!

Many cities and communities probably see things the same way, and in my presentations I constantly have to correct the number of members of the Age-friendly City network upwards. A short time ago there were still 1000, now there are already 1300 cities and municipalities that have joined. And, great joy: now there is not only the English, but even a German online site!

An important topic in the lively discussion in Nuremberg was sufficient benches for elderly – and their possible destruction through vandalism, the attraction of a drinking scene and the mountains of rubbish that often result from this. Pragmatic suggestion from Nuremberg: We can clean up in the morning.

I liked it! And I think: our city is there for everyone. We need enough benches that we don’t have to fight over who gets to use them. Political and digital participation, the right focal points and meeting places for the young elderly who want more than just coffee and cake were also discussed. In Hamburg, for example, there is the “Faltenrock” (Wrinkle Rock) for dancing and the “Oll inclusive” initiative (oll=old), which opens cool clubs for older people in the afternoon. And of course the meetings of the Greens 60+, which meet every 3rd Thursday!

By the way, I’ll be with Age-friendly Cities at the Grünen Igeln in Berlin on February 9th and in Wandsbek on February 25th. You can request links on my website, but the presentation will be in German only.

Merry Christmas with corona
previous
GroenPlus in the Flanders
next